HOW TO FINANCE MY WORK HOW TO CHEER FOR ME

Being an italian comic artist, living in France and writing in English it’s not always easy. Actually, let’s cut it short and say it never is.

When you don’t write in your native language you face many issues, like grammar mistakes, the loss of cultural references and, the most insedious one, the loss of valuable meaning in your work.

Unfortunately the market laws are what they are and everyone knows that in order to cater to a big audience English is the only way to go.

You can obviously try to tailor your content for a specific audience and just focus on developing a type of content that will be relevant to a specific place/culture. ‘Find your niche‘ is the mantra that all pros of any business recommend to new creators. But what happens before you find it, and how do you do that?

Like always, by trying things and by making mistakes.

And so I did! Two years ago I started making comics in French. Because you know… I live in France. It just looked obvious to me and the fact that the comics market in France is in a very good shape just encouraged me to do so. My plan was to make a type of comic that was still very popular until 2-3 years ago in France: the blog comic.

Basically creators would have their own website/blog and draw short comics or even just simple illustrations about their daily lives. It was perfect to me because at that time I was using comics as a coping mechanism with a very stressful situation so slice-of-life was exactly what I was going for.

Unfortunately I happened to arrive on the scene a second too late: new online platforms and social media were already replacing individual websites as the new favourite place where to read comics, and all the type of ‘supporting each other by linking up each other website’s’ environment that allowed new creators to grow their readership quickly was already dying. Plus Facebook had just changed its algorithm and made it impossible to newcomers to appear on people’s profiles without paying for ads.

France has a flourishing comic-book market (one of the world’s biggest), but the accent is on the word ‘book‘. The whole webcomics phenomenon is still new to comic artists and readers and almost completely unknown to the general public.

At the time I was still working full time on another job and I had a very small amount of time to dedicate to comics. For an activity that had to take me 2 to 4 hours top I needed something that would allow me to get it in front of a public fast without having to produce a ton of comics.

To recap: in my case the only form of webcomics that a french public would consume were moving to social media where establishing yourself as a new author was nearly impossible without paying a lot of money and the whole webcomics platform scene apart from blog wasn’t available in French.

The only choices left for me were Webtoon and Tapas, and therefore making comics in English.

WHAT OPTIONS ARE THERE FOR MULTILINGUAL CREATORS

If like me you never gave up your dream of making comics in your native language, here’s what you can do.

HOSTING YOUR COMIC IN MANY LANGUAGES

Tapastic is absolutely the best platform where to host a multilanguage comic for free.

You can make as many versions of your comic as you want and then link them all together through your Tapas profile and your readers will be able to pick your series in the language they prefer from your comics list. Unfortunately there’s no such thing as a ‘tapas.fr’ or ‘tapas.it’ that would allow readers of a specific language to access content exclusively in that language, but in the multilingual desert represented by comic platforms at the moment, this is by far your best option.

NOTE: Webtoon has a fairly unknown translation service too, but it’s only available to translate official Webtoon series of their asian division.

If you think that having your comic in multiple languages it’s going to be an asset for your career then I definitely recommend you to make your own website. It’s a lot of work and you might need to invest in multiple domain names, but it’s by far the best option to host a multilanguage comic. If you don’t want to invest in several domain names you can always use sub-domains (instead of having domain names that look like ‘mycomics.it’ and ‘mycomics.fr’ you’ll end up having ‘fr.mycomics.com’ and ‘it.mycomics.com’).

Your readers won’t notice the difference, but Google will and it might cause you a ranking loss in the long term.

If you think that hosting a multilanguage comic sounds already messy then brace yourself for social media part.

It really looks like the internet is not ready for polyglots.

Social media platforms push to implement real-time crappy AI translated content instead of providing an easy way to creators to translate their own content. I saw my posts automatically translated in Italian or French on Facebook a couple of times and it made me wanna sue them. There is an option in your page’s seetings that allows you to turn the automated translation on. Please don’t use it unless your life depends on it. Also, it doesn’t translate pictures, so it won’t help you much with your comics.

So, what can we do instead?

Not that many artists would go to such an extent for the sake of bilingual content!

Not only that, but he bought both domain names for his most famous work in Portuguese ‘umsabadoqualquer.com‘ and French ‘unsamediquelconque.net‘ and made two separate websites.

His Facebook pages aren’t connected apart from the copyright impressum and they all perform pretty good considering that the same person is behind them all.

Apart from the logistic behind such a huge social media effort (at the point you can safely assume that there’s more than one person in the team), if this is something that you think will allow you to grow your comic audience, just go for it.

Not only you’ve got only 1 link to spare (even though you can always rely on Linktree to upgrade that number), but you have restrictions on the number of panels you can post and you can’t add links in the comments (although you can tag another profile).

Instagram is also the place where you’re most likely to get translated by someone else (which of course it’s fine, as long as proper credits -tag and quote in the caption- are given).

Some artists make a profile for each language and linke them up in the bio, but the most common and easy solution is to make short comics and to post all the versions of the comic together, like Sashotso.art does. This is, in my opinion, the right way to do it on Instagram, even if of course it can only be done if your comics are very short (up to 3 panels long).

Other artists put a disclaimer in their profile announcing that they speak this or that language and then proceed to publish different versions of the comic in different posts, which I think it’s the wrong way to do it, as people that will come visit your profile will find a lot of duplicated posts or will end up clicking on a post with a language they don’t understand and leave.

My comics are pretty long for being stripcomics (sometimes the 10 panels that Instagram allows isn’t enough) so unfortunately I can’t really use the ‘all comics at once’ strategy.

I was also upset for not being able to connect actively with other comic artists in French or Italian. Networking is a staple in the art business and it connecting with fellow artists is a critical point in everyone’s career, like I explained before. As an italian I need to connect with other italian comic artists and as someone who has been living in France for the past 10 years I must be able, for exemple, to attend conventions here, and for this I need a french audience.

After several months struggling with the idea of never being able to take advantage of my multicultural background I have finally come up with a new idea.

THE SOLUTION I FOUND

The idea of starting a new french or italian kotopopi account from scratch was just appalling to me. After all the efforts that I made to grow my audiences here and there and to keep up with several series at a time there was no way I was going to do it all over again.

I had noticed in the past that there were some sort of ‘Instagram alliances’ forming. Group of influencers or artists coming together to collab and give each other shout outs through a common hashtag, for exemple.

What if the same principle could be applied to a group of artists with a shared goal and taken to the next level?

It turned out that it can. This is how Tomato Comics (Italian) and Croque BD (French) were born.

I started noticing that I wasn’t the only polyglot artist facing this issue. So I made a list of people that would be interested in joining a group and kind of ‘cut the effort short’ by sharing the workload in terms of posting, managing and promoting a new account.

Today we are a group of 7 italian comic artists for ‘Tomato Comics’ and 4 french speaking artists for ‘Croque BD’ translating their comics and trying to connect with their respective audiences.

Now that you know that there are other comics markets beyond the Asian and American one you might be interested in knowing what options are there for creators in these languages.

As you can easily imagine: not as many as there are in English.

But there are some. If you know about a website that is not mentioned in this list please write in the comments and I’ll add it.

It really looks like the comics community is not ready yet for multilanguage artists and readers, but things are changing quickly.

It’s only fair to imagine that as soon as webcomics will become a phenomenon in such a multicultural and multilingual environment as Europe, something will emerge that will allow creators to express themselves in how many languages they want, reaching the broadest audience possible and at the same time catering to their fellow countrymen and women.

What solution did you adopt to translate your comic?

Thank you for reading! 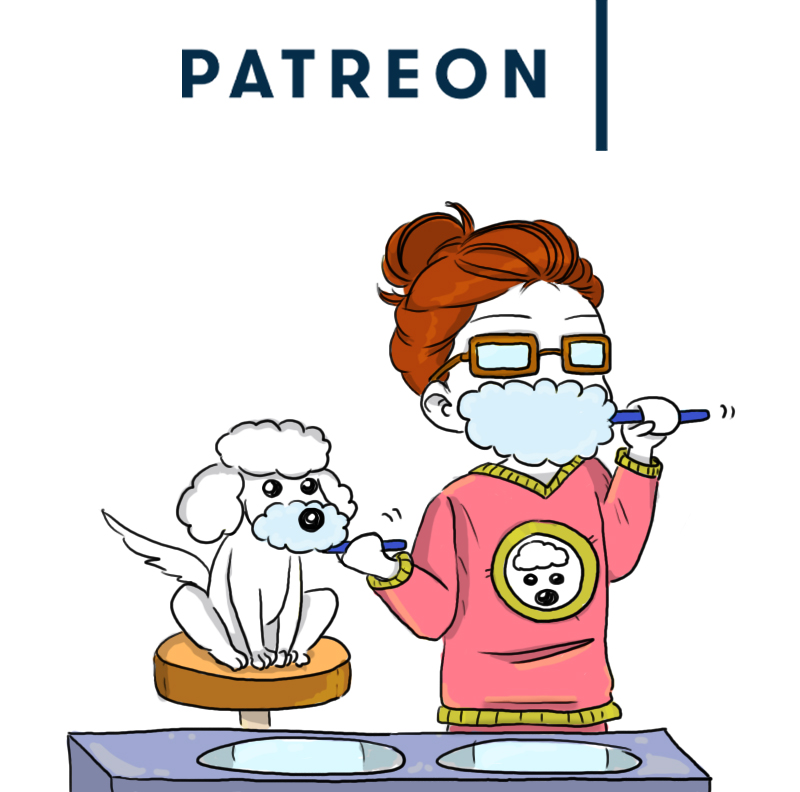